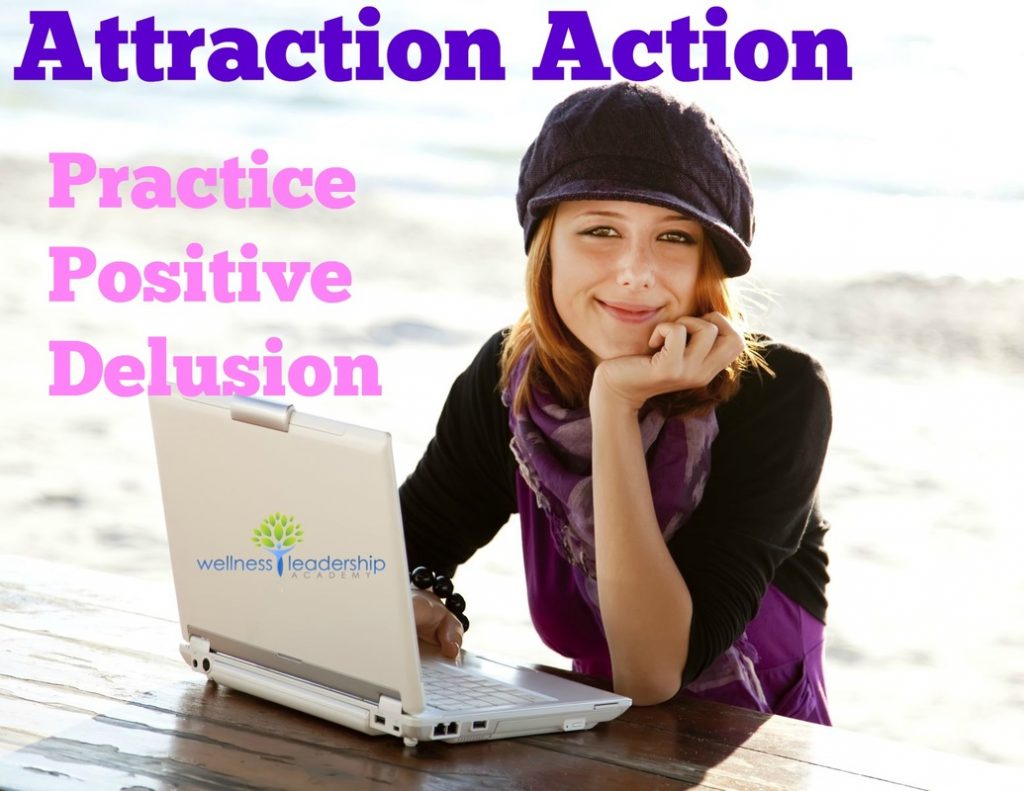 My friend and Mentor, Marcus Bird from the Wellness Leadership Academy once taught me in order to not only attract the future I wanted, I needed to also bring it forward.

He called this ‘Positive Delusion’.

In this article I would like share some of what this about but also, talk about the darker side, what I call ‘Negative Delusion’.

A perfect example is found in a document called ‘My Definite Chief Aim’, written by Bruce Lee in 1969.

“When he wrote the following mission statement in January of 1969, Bruce Lee was 28 years of age and a minor TV star in the United States, having featured in a number of shows which included, most notably, the ill-fated Green Hornet series. With his second child recently born and no financial security to speak of, the clearly determined founder of Jeet Kune Dodecided to put his “definite chief aim” down on paper.”

Bruce visualised what his future would look like 10 years from that point and then lived as if this was his reality NOW!

To put it simply both Bruce Lee and Jack Nicklaus positively deluded themselves a particular reality, a version of success, the version they wanted, and they did this in every minute of every day.

Sure there were days they had doubts but I’m sure they didn’t last long.

Let me explain what happens here, from a neurological standpoint.

Your EGO is your conscious brain which ‘thinks’ it runs the show. It’s the part that tells you what you ‘should’ and ‘shouldn’t’ do, put’s you down, or causes you to make a decision you wouldn’t ordinarily make.

Your Sub-conscious or ID brain is where it is really at. This is your actual reality not perceived or filtered by your EGO and deals with matters of the heart and gut.

Your ID brain however, needs input and in general we tend to feed our EGO.

The exercise of Positive delusion feeds your ID! If you tell your ID enough times eventually your EGO will back down and you will start to live as if this is your truth.

Can you imagine the amazing energy this would create? Suddenly the right people are attracted to you; coincidences happen; opportunities present themselves… You start to move towards your goals faster. Essentially you enable the law of attraction, which if you didn’t know is a natural law of quantum physics. You just have to allow it!

So I recommend you visit Bruce Lee’s letter of note and create your own Positive delusion and then start affirming it every day. See what happens.

Now before I finish, let me talk about the FLIP SIDE, NEGATIVE DELUSION!

Some people choose to create a darker, negative reality and believe this to the best version of reality for them. In fact negative delusion is mixed up with EGO, it is much more head than heart. I reckon Scrooge was a good example of this in times gone by. This person believes in order for them to survive, they need to live a certain reality and their future vision is mixed up in this. These people also strengthen this every day with their own type of affirmation or more commonly known as righteousness.

About the author:
Dr. Andrew Arnold (Chiropractor) is a Chiropractic Doctor, and Owner, Cranbourne Family Chiropractic and Wellness Centre. He is also a Wellness Leader Mentor working with the Wellness Leadership Revolution and running his own program, the Million Dollar Wellness Practice. Andrew shares this ownership with his wife, Dr. Linda Wilson.
www.cranbournefamilychiro.com.au
www.drandrewarnold.com